Everyone likes a good nine-hole golf course and at Hanging Heaton you will not be disappointed. Exciting, full of character and very picturesque with views across the Pennine hills – stunning, our nine-hole course is just that - a little beauty! Visitors often comment that we are the friendliest and most sociable club in the West Yorkshire area and a club that people are proud to be a part of. We will pay a warm welcome to all visiting groups, big or small. 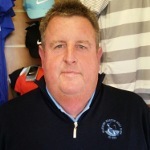 Gareth Moore - PGA Professional
Gareth Moore PGA Professional: Gareth came to Hanging Heaton in October 1999, he has been a member of the PGA since 1994 and gained his full qualification in 1998. Playing Achievements: 1995 - Reached the final qualifying for The Open Championship at Ladybank. 1996 - Won the West Yorkshire PGA Assistants Championship. 1996 - Finished 15th in the PGA National Assistants Championship. 2002 - Qualified for the Club Pro’s Championship at County Louth, Eire. 2003 - Qualified for the Club Pro’s Championship At Saunton, Devon. Won 3 Yorkshire PGA Pro-ams, and various Winter Alliances within the Bradford, Halifax-Huddersfield and Yorkshire Unions.
Book a Lesson Book a Club Fitting

Don't miss updates from us.

Thank you for signing up.

One last step - You will receive an email from us in the next few minutes. Please click the link to confirm you are happy to receive our weekly newsletter.